The 18th annual edition of the Epica Book contains more than 900 print ads, television commercials, publications, direct marketing operations, packaging design projects and interactive entries honoured in the 2004/05 Epica awards, Europe’s premier creative awards show. Judged by journalists from 32 leading European advertising magazines, the Epica awards have become the reference for creative achievement in Europe. The Epica Book is a lasting record of the awards and a unique source of information for all those interested in contemporary European creative trends. The page layout has evolved in 2005 to accommodate more work than ever before, while at the same time creating a cleaner look that remains consistent with previous editions. The striking cover design by Getty Images is also expected to enhance the appeal of the new book. The Epica Book is aimed primarily at creative people working in the advertising industry, but is also relevant to advertisers. 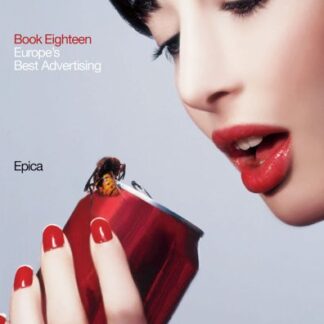